The next compulsory title defense is going to take place on the 31st of May in Makao.
The IBF featherweight world boxing champion Evgeny Gradovich, who was recently included into the “Gatti list” by HBO TV channel is going to defense his title on the 31st of May in Makao. The main event of the evening will be the fight of ex-world boxing champion in three different weight divisions filipino Nonito Donaire against the WBA featherweight
(57.2 kg) world boxing champion from south-Africa Simpiwe Vetyek.
According to Allboxing.ru the manager of Evgeny Gradovich – Egis Klimas considers a compulsory IBF featherweight contender Alexander Miskirtchian from Belguim (#3 IBF) is the most probable opponent for Evgeny. The last Evgeny’s fight took place in Makao on the 24th of November in Makao, where Evgeny defensed his title against ex-world boxing champion Billi Dip. Evgeny won the fight by TKO. Yesterday, Evgeny and his coach – Robert Garcia arrived to the US where they are going to get ready for the next fight. 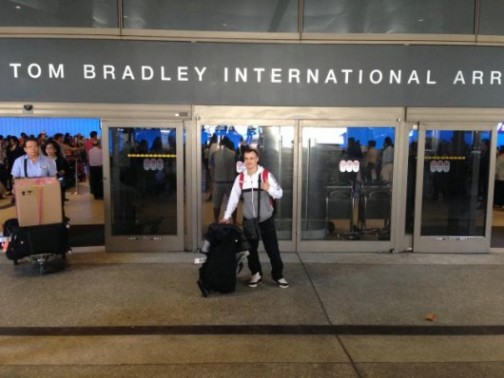 « Back
This entry has not yet commented, you can be the first!